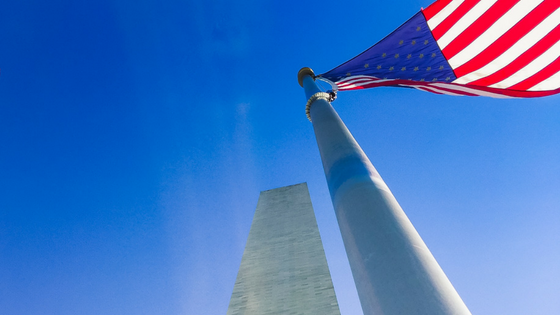 In the wake of the protests by NFL players in the past week, I felt compelled to address this issue, and the issue of privilege in America. I cannot sum up the issue better than Trevor Noah did in his video, ‘When is the Right Time for Black People to Protest?’

I believe it is incredibly important to acknowledge the systematic inequalities of growing up White or Black in America. Yes, I have lived a life of both White and socioeconomic privilege. That is what I intend to discuss here, and some of the content may make you uncomfortable. However, I intend to raise my voice against those who would use their ‘privilege’ to put others down or fail to call out overt or systemic racism when they witness it.

Growing Up with Socioeconomic & White Privilege

I grew up in upper middle-class suburbia outside Houston, TX. My parents were not social climbers by any means, but definitely wanted to provide the best life that they could for their children. Both products of blue-collar families, they worked incredibly hard their entire lives to grow their family and nest egg.

My parents made smart financial decisions and never had a payment for anything, other than the mortgage, and eventually their cell phones. Cars were paid outright in cash, as well as any other large purchases. We could visit the doctor at will, without concern of not being able to pay medical bills. We could walk around anywhere, in not just our neighborhood, but our entire ‘master planned community,’ without fear of attack. We had access to healthy food. We attended excellent schools and participated in expensive extracurricular activities. Though I did not recognize it at the time, that is what socioeconomic privilege looks like.

My dad could wear a camo t-shirt and Crocs to go buy a car and no one would question his ability to finance this purchase. A Black or Latino man could do the same and receive suspicion of their financial standing. That is White privilege. I attended a top 5A high school in Texas because my parents had the financial means to move to a predominantly white, higher socioeconomic status (SES) community with great schools, while many predominantly Black and Latino inner-city schools lacked the resources needed to properly educate their students. That is white privilege. College was an expectation of me, while members of other racial groups were simply ‘lucky’ to graduate high school. That is White privilege.

I was never ‘allowed’ to have a job because my job was to focus on school. While I was afforded the ability to focus on my studies, other young teens were expected to contribute to the family income to make ends meet, or required to watch their siblings so that parents could work long hours or multiple jobs. My mother was a stay-at-home mom for much of my childhood, providing creative activities, cheering on the sidelines, and providing lots of ‘teaching moments’ along the way. I now realize that not everyone had those same experiences.

Wide Eyes to the Wide World

I remember the first time that I rode public transportation at the age of 18…in Spain…on a trip after high school graduation. I had never even ridden a bus, taxi, or subway in the U.S. before I ventured overseas. If you are hard eye-rolling at this point, I don’t blame you! While some teens routinely take buses or subways to and from school or work, I had my own personal taxi driver in the form of my mother until I turned 16. I then received a car as reward for my dedication to my studies.

Like I am sure many before me, I struggled in college with finding my identity separate from that of my parents or family. College was incredibly enlightening for me, as I was exposed to individuals from varying backgrounds and family make-ups. That being said, college was still largely subdivided based on housing, major, and social groups. At least being exposed to others different than my immediate social circle growing up forced me to question what I had been exposed to, and the huge lack of exposure I had to the world. I don’t blame my parents. They are worldly people, who have lived in other countries, and simply wanted to find a safe place to raise children. My mother in particular made efforts to teach us about the world outside of our white suburban bubble. However, hearing about it and actually exploring and interacting with others are two completely different things.

I cried following the election of Trump as president, not only because of my fear for what the fate of the country would be, but because of what his election already indicated regarding the state of the American public. I did not want to believe that the public was as misogynistic, racist, and crude as the man they had elected. Voters denied that they were any of these things, and perhaps even that Trump was, but this was all that I saw when I watched him.

For those who believe the NFL protestors are simply protesting the flag, you are missing the point. They are protesting the way the American justice system treats Blacks in America. They have every right to their first amendment right and a peaceful protest. For those patriots that state that disgracing the flag and anthem is an inappropriate way to protest, let me remind you of a couple of verses not traditionally sung that are part of our national anthem.

“No refuge could save the hireling and slave
From the terror of flight or the gloom of the grave,
And the star-spangled banner in triumph doth wave
O’er the land of the free and the home of the brave.”

Believe me, I get it. I have veterans in my family that have fought in wars defending that very American flag. However, we have to acknowledge that the American system has failed many of its citizens through systematic racism and police brutality. These NFL players are simply using the nationwide stage available to them to bring attention to an issue that needs to be addressed.

We are at a dangerous time in history. The U.S. president is berating peaceful protesters on twitter, engaging in childish rhetoric with unpredictable foreign dictators, and more concerned with business interests than loss of human life in the wake of natural disasters. Bygone are the days of a composed, educated, and articulate presidential figure representing the American people well in foreign and domestic affairs.

The Importance of Diversity

Do not mistake my revelations regarding my social standing for ungratefulness, in relation to my upbringing. I appreciate the experiences and opportunities I was afforded, but I do not fail to acknowledge the social inequality present. My interactions with diverse others have consistently made me question and ‘check myself’ and solidified my view that the world needs diversity to move forward in productive and innovative ways. Interacting with people different than yourself widens your view of the world and opens your mind to new experiences and ideas. Perhaps that is what people are afraid of? I definitely know a number of people that are just fine maintaining the status quo, not making progress or moving forward in any way.

No, I am not a spokesperson for the Black Rights Movement; I can only share my own personal experiences growing up steeped in White America and acknowledge that I am a product of both White and socioeconomic privilege. I do not claim to know the Black experience in America, as only they can truly speak for the injustice they have been subjected to. However, we can all speak up as allies. I refuse to remain in my isolated White privileged bubble, ignoring the issues and inequities plaguing America.